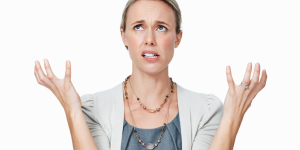 In recovery, it is easy to become impatient with oneself about the time it is taking. We can often find ourselves wondering if it is not time that we are fully recovered already. Human beings seem to be particularly easy to agitate when quick results are not apparent.

You may think that you are recovering too slowly and that you should be done with it by now, but you have to let the body and mind heal at its own pace. You can’t force yourself into remission. There is so much to work on, and undo, and repair from. Recovery is a delicate process, and it is a journey. Like with all journeys, it’s not just the destination that is important: it’s also what you learn and discover along the way that makes for a robust and stable remission.

After 18 months in recovery, I was pretty stable, but I still had lingering eating disorder thoughts and habits: counting calories, weighing food, a fear of white carbohydrates, unhealthy exercise habits, and an intense dislike of my body. It felt like these things were never going to go away because they were habits that were persisting even though I kept trying over and over again to challenge and overcome them. I felt like I was bashing my head against a brick wall. Then I tried knocking down the brick wall. I tried climbing over it. I tried driving a vehicle into it. I tried to find a way around it. Nothing seemed to be working, and I was giving up with it. I felt like my recovery had come to a dead end, and that I was going to progress no further.

Sometimes in that time period I felt like going back, because I wasn’t going forwards, and I wanted to be moving somewhere. However, I kept at it, and continued developing and growing in front of that brick wall. Then one day, I realised the wall wasn’t there any more. It sounds too good to be true, but that’s honestly what happened. I had been avoiding white pasta and rice, and continuously choosing wholemeal or wholegrain bread over white bread for a really long time, and had also been spending countless occasions forcing myself to eat white carbs when I suddenly realised that I was now eating them without any anxiety whatsoever. I can’t pinpoint when it changed for me. I just one day recognised that I had been eating white carbs without anxiety for a while, and wasn’t trying to avoid them any more.

The same thing happened with the other habits. One by one, they stopped becoming an issue. What once seemed like an impossible task became something that I had faced and overcome. I stopped weighing my food, I learned to use exercise in a healthy way, I accepted my body as it is naturally, and I stopped counting calories. I had tried so hard to force the wall down, but in the end, it came down in its own time, and the effort was in staying facing that wall rather than turning my back on it and walking back the way I had come.

Be gentle and kind and patient with yourself. You are recovering from something that is very complex, and very severe, and it is going to take time. Don’t pressure yourself or set a time limit as to when you think you should be recovered. Allow yourself all the time in the world. That time will help you.

1 thought on “Shouldn’t I Be Recovered By Now?!”