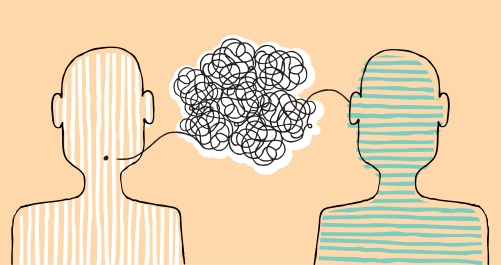 “It’s not something we can control. And it doesn’t matter how much weight we lose, it’s never enough.”

“OSFED (formerly EDNOS) is the most common eating disorder. It also has a higher mortality rate than bulimia and at the least the same mortality rate as anorexia – some studies suggest that it is even higher. It would be nice if people stopped thinking that OSFED/EDNOS is not as dangerous or as “real” as anorexia or bulimia.”

“Eating disorders are not about food and dieting, but about control and a distraction away from deeper insecurities and not feeling good enough alongside everyone else. They can’t be turned on and off at will, but then CAN be fought and recovered from. An eating disorder is not a choice, but fighting for recovery is.”

“Eating disorder recovery isn’t just a physical change, but mostly a mental change. Yes, physical changes do happen, but you won’t recover unless you change mentally too.”

“It’s not something someone can just stop. It’s like a constant voice in your head always whispering to you. It’s not some silly phase you just grow out of. It’s not something beautiful. It’s hard, unhealthy, and it tears you apart both inside and outside. It’s always inviting and easy to slip back into and it takes so much effort to not do just that.”

“Eating disorders are not visible from the outside.  Also I think it can’t be stressed enough how triggering any kind of comment about eating behaviours/body can be.”

“I think more information about orthorexia is needed as obsessions with healthy eating and fitness hardly ever are recognised as real problems. I also think orthorexia might be much more common than people might think.”

“Relapse doesn’t mean someone was faking their recovery or that they don’t want recovery. It’s really irritating when someone suggests that I didn’t want it until I hit rock bottom.”

“Now that I’m open about my eating disorder, it doesn’t mean that I am faking or seeking attention now. I just want people to know more about the facts of eating disorders. Also understand it is important for me to tell people to help me get better and not keep any more secrets.”

“Weight restoration and recovery are not synonymous. The way I feel and the amount of pain/difficulty I’m going through is often inversely proportional to how healthy my body looks. I usually need most support at the very times i look healthiest. Don’t assume anything from how someone looks. Don’t confuse physical health with mental health. When my weight is higher, I need way more support than when it’s dangerously low.”

“Please don’t get mad, impatient, frustrated, or annoyed with me when I am struggling with something. I know it may make no sense to you. ‘Food is good, how could you be afraid of it?’ ‘How could you care about something as dumb as this or that?’ Guess what… I don’t even understand the thoughts and compulsions myself sometimes. Just be there for me, try to be understanding, and encourage me to nourish myself. I’m getting better, step by step.”

“My eating disorder is not just a diet, and I don’t engage in these behaviors because I have more self control than you. It’s an illness that is controlling me and eating me alive, and fighting it requires more strength than you could ever imagine.”

“They’re not fun, and the romanticisation of them online is what caused mine.”

“Just because someone is at a “normal weight” now doesn’t mean that they aren’t still scared to eat or gain weight.”

“How many times you do/do not relapse doesn’t determine the severity of your illness or that you are “better”.”

“I’d like people to know that I don’t do this to hurt them, I don’t purposely try to upset the people who care about me, I’m trying to do the complete opposite. All I want is to make people happy and sadly my brain tells me that this is how I can achieve that.”

“Getting angry at me only further fuels my ED, please stay calm and collected.”

“That recovery is never ending. Eating disorders can become a coping mechanism, and so, if you have no other way to cope or if the stress is so severe then the eating disorder gains strength.”

“It’s really not about food. Way too many people see eating disorders as superficial and hold a mentality that deadly diseases are just diets gone too far. I want more people to recognise the seriousness of eating disorders, including the “invisible” eating disorders such as BED and EDNOS.”

“I want to talk abut it and be asked about it. I’m not ashamed but I have found that my friends and family act as if it doesn’t exist/never happened and it makes me feel awkward. I wish they’d just stop making it the elephant in the room! Anorexia is not a swear word!”

“Saying “you’re not fat” or “you don’t need to lose weight” doesn’t help at all, and when you open up to someone they don’t understand what you think of yourself. I think what would help instead of telling them to “eat more” would be to help them love themselves again and enjoy food and exercise.”

“BED is as serious as any restrictive eating disorder. Men develop eating disorders. Recovery means using healthy coping mechanisms to fight disordered thoughts, not getting rid of the thoughts.”

“Ich bin an allen Informationen interessiert da ich mich endlich befreien möchte und in recovery gehen will aber jede Menge angst habe. Mut und Zuspruch wäre das wichtigste und das man es schaffen kann.”
(Google translation: “I am interested in all the information because I finally want to free myself and will go into recovery but plenty ‘m scared . Courage and encouragement would be the most important and it can be done.”)

“Just because you are gaining weight and you are looking healthy does not mean that you are okay. You are still recovering. And it’s still hard. And even after recovery and remission, it’s not like all of the recovery problems disappear, they are still there, you just can cope with them better.”

“Commenting on my body in any way is not helpful, even if you mean it with the best intentions, it can be triggering. Find other ways to measure our success in recovery, like how much more we smile.”

“Don’t comment on how other people’s bodies are thin or heavy. Don’t make body size and appearance so important. Focus on happiness and health instead. Don’t blame the person with an eating disorder for being ill. Try not to be angry with the person with an eating disorder; it will make them hide from you even more. My parents, for the first years were so angry at me. They treated me as if the eating disorder was something that I was choosing. They kept asking me to quit acting out and were angry at me for not. They interpreted my behaviour as a personal betrayal. It hurt me a lot. I missed them and being close to them.”

“Understanding that public situations involving food (or even not food, just a lot of people) can be totally terrifying because of how the person with the eating disorder may feel (rightly or not) that their body is being judged. Be understanding that we may want to go out and have fun, and we may plan (depending on where we are in recovery) to be able to “act normally” and eat, but when the moment actually arrives, it’s too terrifying.”

“It’s not about anyone else. And no one in my life can cure me. No matter how I love my friends and family and boyfriend, I can’t just eat and gain weight to make them happy. But I truly do hate how this illness tortures them as well, and I wish it was that simple to take away their pain.”

“My eating disorder is just as serious now as it’s ever been. The only difference is that I weigh more than I used to. Gaining weight never made the problem go away, it just made it invisible.”

“I am not looking for attention. It’s easy to say the wrong thing. How I look is not a reflection of how I feel. This is a disease, not a choice. Nobody made me this way. I want to talk about it. My life has been hugely impacted by this. What I go through may not seem like much to you but to me it has been my world.”

“Everyone has their own natural and unique body shape and size and gaining weight should not be seen as bad.”

Do you have anything to add?